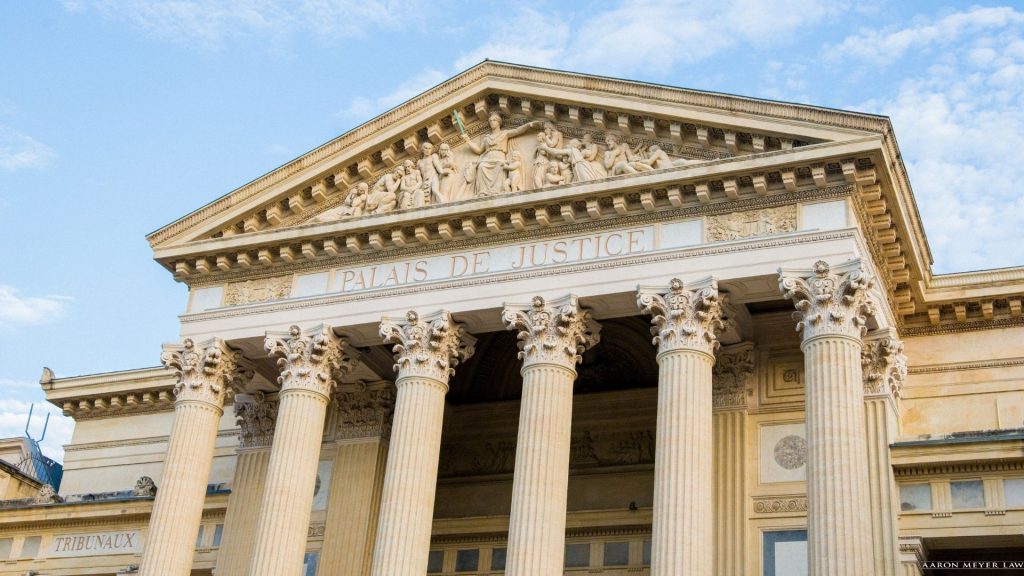 “He stuck by me throughout the entire length of the investigation and trial reassuring me and my family that everything will work out. My family and I will never forget the personal sacrifices he made to ensure the truth was exposed.” – J.E. former client

The most severe forum is the felony-level General Court-Martial (GCM). Prison or brig sentences may include up to life in prison or even death. Dishonorable Discharge (DD) and Bad-Conduct Discharge (BCD) are possible, in addition to full rank reduction to E-1, fines, and forfeitures.

Similar to the civilian grand jury, an independent Investigating Officer must conduct a full and thorough Article 32 Investigation. The key to this hearing is that it must be “full” and “thorough.” Many attorneys treat this hearing as a “check in the box” or sometimes even waive it in order to somehow get a better “deal” from the Government. Aaron Meyer has repeatedly used the Preliminary Article 32 Hearing to end the case. He uses the hearings to decompose the case and demonstrate the procedural and technical problems present.

“There isn’t a better trial lawyer in any military courtroom. He fights. And wins. I would have defend me or my kids without hesitation. Simply put- he is one of the best lawyers to have entered a courtroom. I highly recommend Aaron Meyer.” – Colby Vokey, Texas trial lawyer

During his time as an active duty Marine, Aaron Meyer transformed the way defense attorneys approached Article 32 hearings at Camp Pendleton, CA, the busiest trial venue in the Department of Defense. He saw that attorneys and investigating officers were not using the evidence and witness compulsion rights to the fullest extent prescribed by the Rules for Court-Martial, and he changed that.

Even if the evidence is strong enough to survive the Article 32 Hearing, Aaron Meyer ensures that your rights are fully leveraged to insure that we dig the government’s case up by the roots long before trial.

Amid the recent frenetic witch-hunt disguised as “sexual assault prevention,” politicians have sought to restrict your rights in an Article 32 Investigation. Now, more than ever, it is critical to have a knowledgeable and tenacious counsel at your side to make sure you enjoy the full extent of your rights.

The Article 32 hearing must be met with full force. It is critical to your defense. If the Article 32 Hearing reveals the case to be without merit, then there should be no General Court Martial. Aaron Meyer knows that if he is “trial-ready” at your Article 32 Hearing, he can potentially save you months, if not years, of heartache and purgatory as you await a GCM. For that reason, if General Court-Martial charges are contemplated, you must hire your civilian defense counsel as soon as possible.

Exercise All of Your Rights at a General Court-Martial 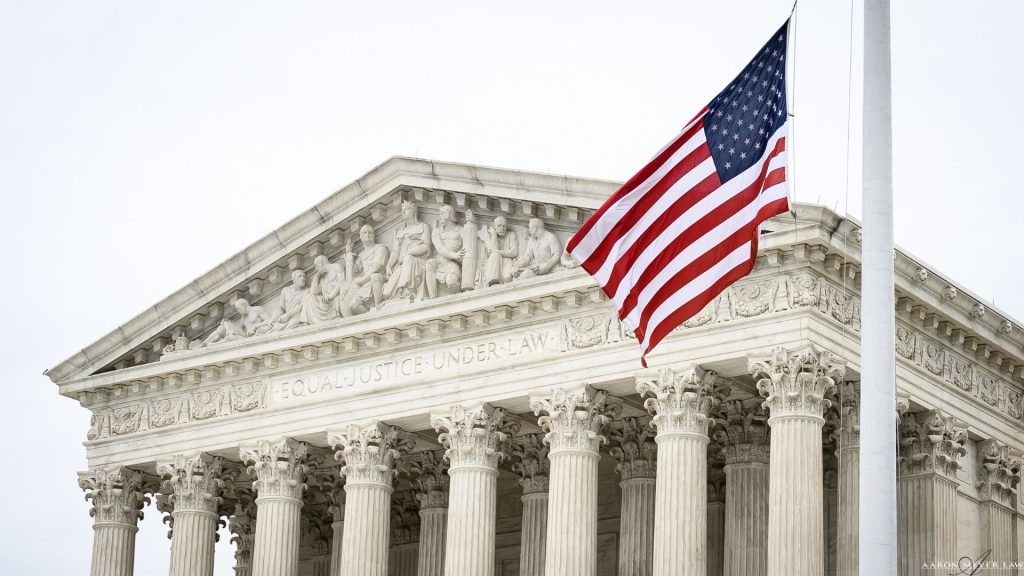 You are entitled to have the choice of whether your case is tried before a judge or a jury (member’s panel). A General Court Martial is governed by strict Military Rules of Evidence that generally mirror the Federal Rules of Evidence. However, in many ways, the Rules in a General Court-Martial, if used properly, give you more even more rights than in a civilian criminal court.

“He is clearly the best trial or defense counsel that I have observed in the courtroom” –Senior Defense Counsel, Marine Corps

For instance, all military members in any court-martial are entitled to have the Government pay experts that are deemed necessary to present their theory of the case, whether the government has retained similar experts or not. Many military and civilian defense attorneys fail to exercise these critical rights to their fullest extent in General Courts-Martial, where every detail is critical. Aaron Meyer knows the nuances of military law on Expert assistance. He tirelessly searches for the right game-changing, honorable, and compassionate experts in your case. And he can effectively present matters and evidence to the Court in order to get the type of assistance other attorneys do not even consider.

A conviction for any of these offenses in general court-martial proceedings can mean not only the end of your military career but also an end to your personal freedoms or even your life. General court-martial proceedings are serious, so you need reliable legal representation from an experienced military defense attorney if you want to have any hope of defeating the charges against you and avoiding the associated penalties.

What You Can Expect From Aaron Meyer

Attorney Aaron Meyer leverages his extensive experience handling military criminal cases for every client our firm represents. We understand the severity of a general court-martial and strive to provide every client with the most robust defense possible. Attorney Aaron Meyer typically seeks to end his client’s general court-martial proceedings at the Article 32 phase, but if the case proceeds to trial, you can expect to have the full breadth of our firm’s experience, resources, and courtroom skills at your disposal for every phase of the process.

The goal of every criminal defense attorney is to poke holes in the prosecution’s case. If you face general court-martial, you may assume their evidence is insurmountably strong, but this is rarely true. Aaron Meyer will work diligently to identify inconsistencies and gaps in the prosecution’s case, help you build a solid defense file of your own, and carefully review your military career records to identify character witnesses and professional references that can help you establish your real value to the armed forces.

How Does the General Court-Martial Process Work?

While there are certainly similarities along these lines, it’s important to realize that the court-martial process is very different from the civilian criminal court process. One key difference is that an accused service member facing court-martial can choose the manner in which their court-martial trial unfolds. In this situation, the basic choices are a trial by jury or a trial by judge alone.

General court-martial panels conducting legal proceedings for capital offenses require at least 12 members. The accused has the right to seek a trial by the judge alone as long as the prosecution is not seeking the death penalty.

In the most severe cases, the military judge who presides over the general court-martial may impose the maximum sentence allowable under the UCMJ. Depending on the nature of the offense, the accused could face the death penalty, life imprisonment, or dishonorable discharge. Officers tried by general court-martial cannot be demoted in rank, but an enlisted service member could face demotion down to E-1. An officer can be dismissed from service upon conviction, which generally translates to a dishonorable discharge.

The accused has the right to evaluate the jury panel members to determine whether any panel member may hold unfair biases against the accused. For example, a female or minority service member facing general court-martial can request a minority or female panel member to participate in the trial. Unlike civilian criminal court that requires a unanimous jury decision to convict the accused, the general court-martial system only requires a three-quarters majority vote to convict. The only exception would be a case in which the prosecution seeks the death penalty. This level of conviction requires a unanimous decision.

The accused can request a trial by judge alone, but this option is only available if the prosecution does not seek the death penalty. Sentencing in this route is somewhat limited, but it is vital for the accused to realize that they are essentially leaving the final decision in a single person’s hands. In contrast, a jury trial with multiple members tends to increase the chances of an acquittal in some cases.

When the accused faces a jury trial and multiple charges are on the table, the jury delivers a sentence following the conviction that covers all charges. With a judge alone trial, the judge has the right to deliver a separate sentence for each charge the accused faces. The judge also determines whether these sentences apply consecutively or concurrently. This can make a significant difference in the outcome of a general court-martial case.

Unlike civilian criminal court, sentencing occurs immediately upon conviction in a general court-martial case. Once the jury or judge has delivered a verdict, the accused has the opportunity to offer mitigating evidence to cast a more positive light upon themselves in the hope of a reduced sentence.

It is essential for any service member, whether they are an enlisted service member or an officer, to understand and take full advantage of the rights afforded to them under the constitution and the UCMJ as they prepare for their general court-martial proceedings. The accused has the right to remain silent under the constitution’s Fifth Amendment, which offers protection from self-incrimination. While it is technically possible to offer no evidence or testimony if you believe the prosecution’s case will fall apart on its own, this is not a viable strategy when you are facing the most serious court-martial process.

The UCMJ affords the accused the right to legal counsel for general court-martial proceedings. While it’s possible to have a military lawyer detailed to your case at no cost to you, hiring a private defense attorney will typically provide a much better level of representation. When you work with a general court-martial defense attorney like Aaron Meyer, you can rest assured that you have the highest quality defense counsel working on your case.

Your defense attorney can help you determine the best approach to your defense. Aaron Meyer’s strategy is to defeat his client’s court-martial charges at the preliminary stage, eliminating the need for a trial at all. If this is not possible, you can expect comprehensive and aggressive defense representation through every phase of your case.

Despite numerous full acquittals and dismissals, Aaron Meyer has never let one of his clients get a conviction in a contested General Court-Martial. While results in your particular case may never be guaranteed, Aaron Meyer knows how to aggressively defend military cases. The battle can be difficult, long, or uphill, but there can be hope when you have a lawyer doing everything possible to protect you. To find out how Aaron Meyer will start attacking the details of your case, build a close relationship with you, and commence the relentless fight, call us today at 949-388-3654 or fill out the form below for a free consultation.